The GD MK4 does not have the largest foot well as lumpy bits of gearbox have to be accommodated. GD provide a means of extending the clutch foot’s space. First, when looking at this post, know that I have an extended footwell on the driver side so not everything lines up with other folk’s pictures. 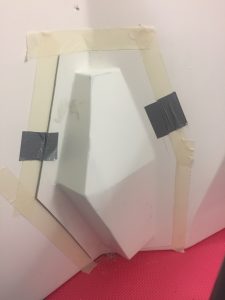 The first thing to do was to place the extension in roughly the right location. It sits nicely in the internal angle and I lifted it a few mm off the bottom so that and finishing around the edges can be completed later.

I then taped it in position and marked out the external edges with masking tape. 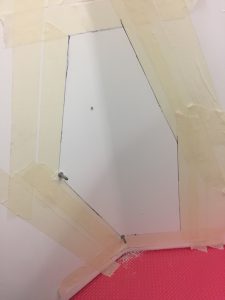 whole of the extension interior. I drilled a couple of pilot holes which you can see with pop rivets poked through so I could see where we were on the inside, these two locations the most important being near the floor and the bulkhead. I did try a first pilot to make sure I knew the relative heights inside and out of the floor and underside. 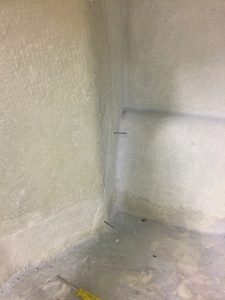 Success! Nothing damaged or hit. The two pilot holes are OK. 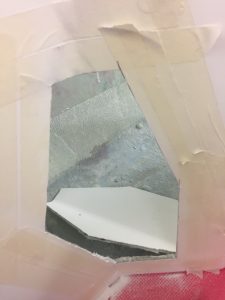 Dremel cutting, needing the angle drive so the body didn’t get in the way.

The interior shows the method was a success. 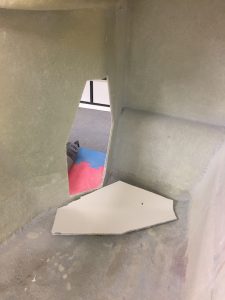 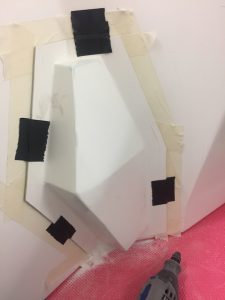 This site uses Akismet to reduce spam. Learn how your comment data is processed.

Please select the Tab Content in the Widget Settings.