Fitting the pedal box, even a fixed one, can be a challenge it seems. I am 6′ 3″ or 1.9m in new money. The only problem is I have what my mother described as “ducks disease”, short legs. As the car may, at some stage, be sold I have opted for an elongated footwell and an adjustable pedal box.

The very first thing to do was to work out where the fixing holes for the massive mounting plate needed to go. Essentially the pedals are at a normal height and the GD suggestions in relation to the height of the pedal carrier stay the same. The thing is that the pedal carrier is not fixed to the bulkhead, you can see the whopping hole in the bulkhead where the flexes and the cylinders can move through. 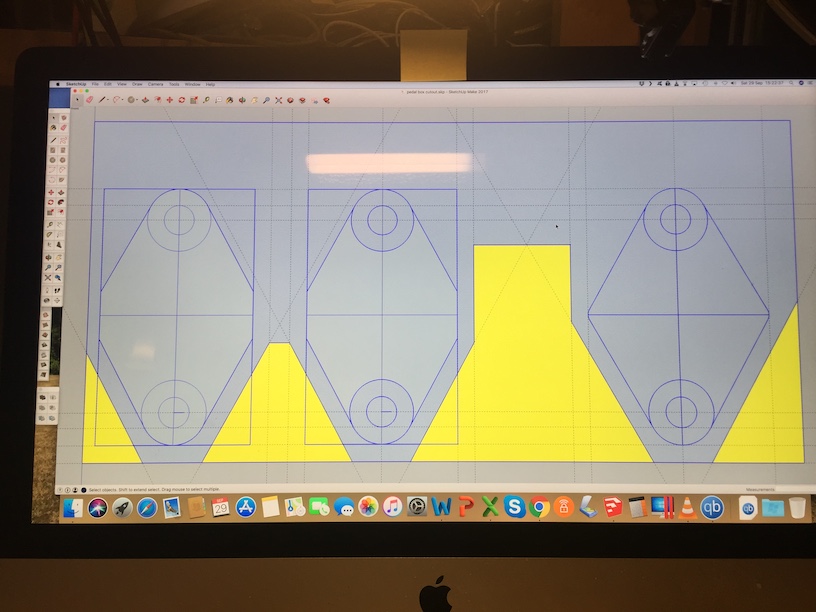 After lots of measuring I went to my trusty SketchUp (only needed 2D this time) and drew the positions of the cylinders and the mounting flange so I could see what would be the bits that remain (yellow). 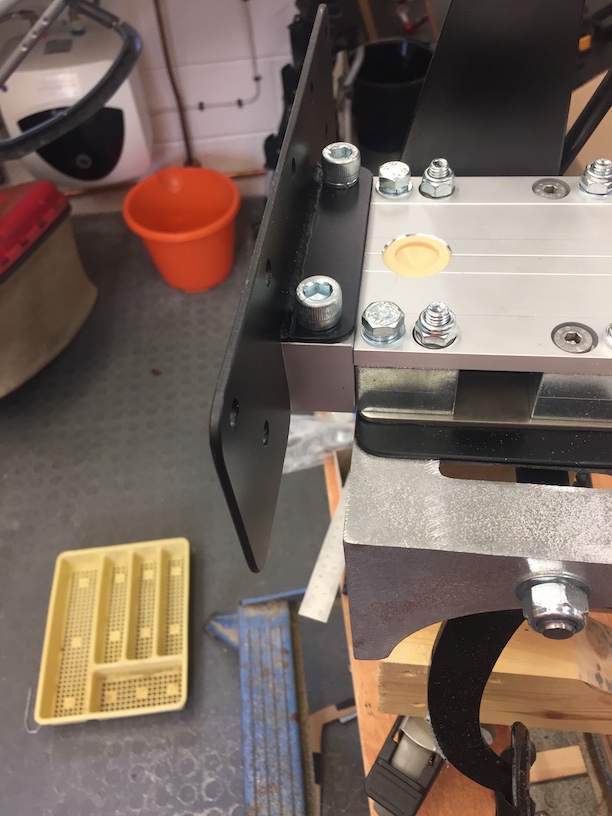 I also decided that, unlike the GD installation shown above, I would reverse the mounting flange so that the end of the carriage which has the screw mechanism does not pass through the bulkhead. That way I reckoned that there would be less weakening even though the carriage is attached to the dashboard braces.

The whole mechanism is heavy, asymmetric and just plain awkward. The space in the footwell is at a premium and the only way I could think of 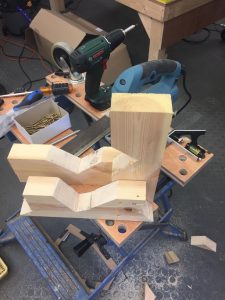 getting the thing in position to locate a couple of holes in the support flange was to build a little carriage. There are many levers and bits in the way of a flat-mount so you can see the carved-up homebrewed monster on my old workmate. 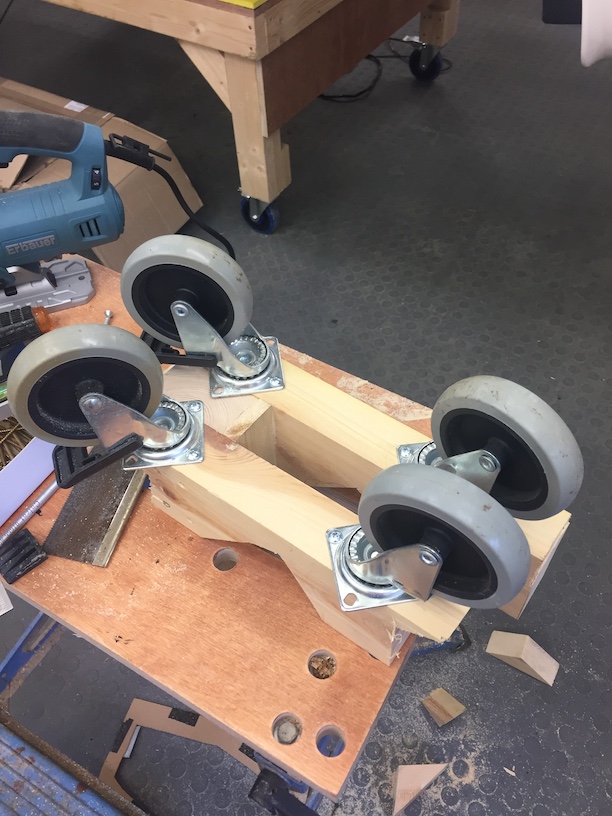 A set of old caster wheels made the assembly mobile and I could then wheel it into position, check the ‘trueness’ and then mark two flange-bolt holes. 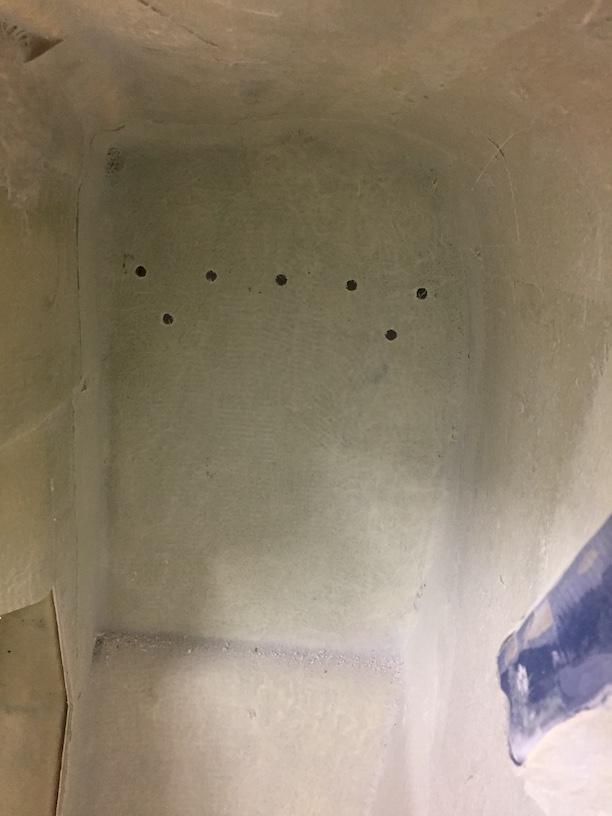 The flange was then bolted, on its own, to the bulkhead and the rest of the holes drilled. 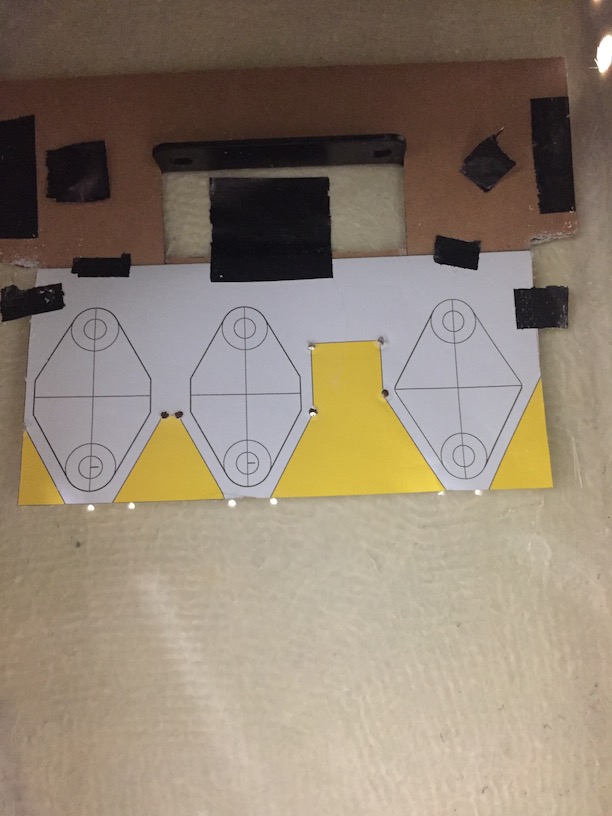 Now my template could be located in relation to the flange and secured to the bulkhead. You can daylight see where pilot holes are drilled at each change of straight-line direction, giving the cutting line path (they don’t all line up in the photo as the template has come forward). 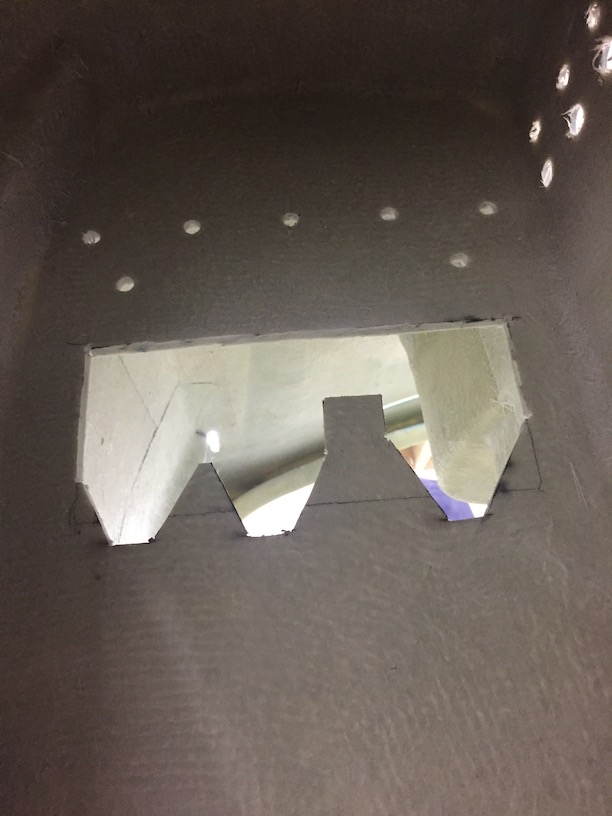 Then I went under the wheel arch with the cutting disc on the Dremel and then this is the result. One really weird looking hole.

The next thing was to mount the cylinders to the pedal carrier. 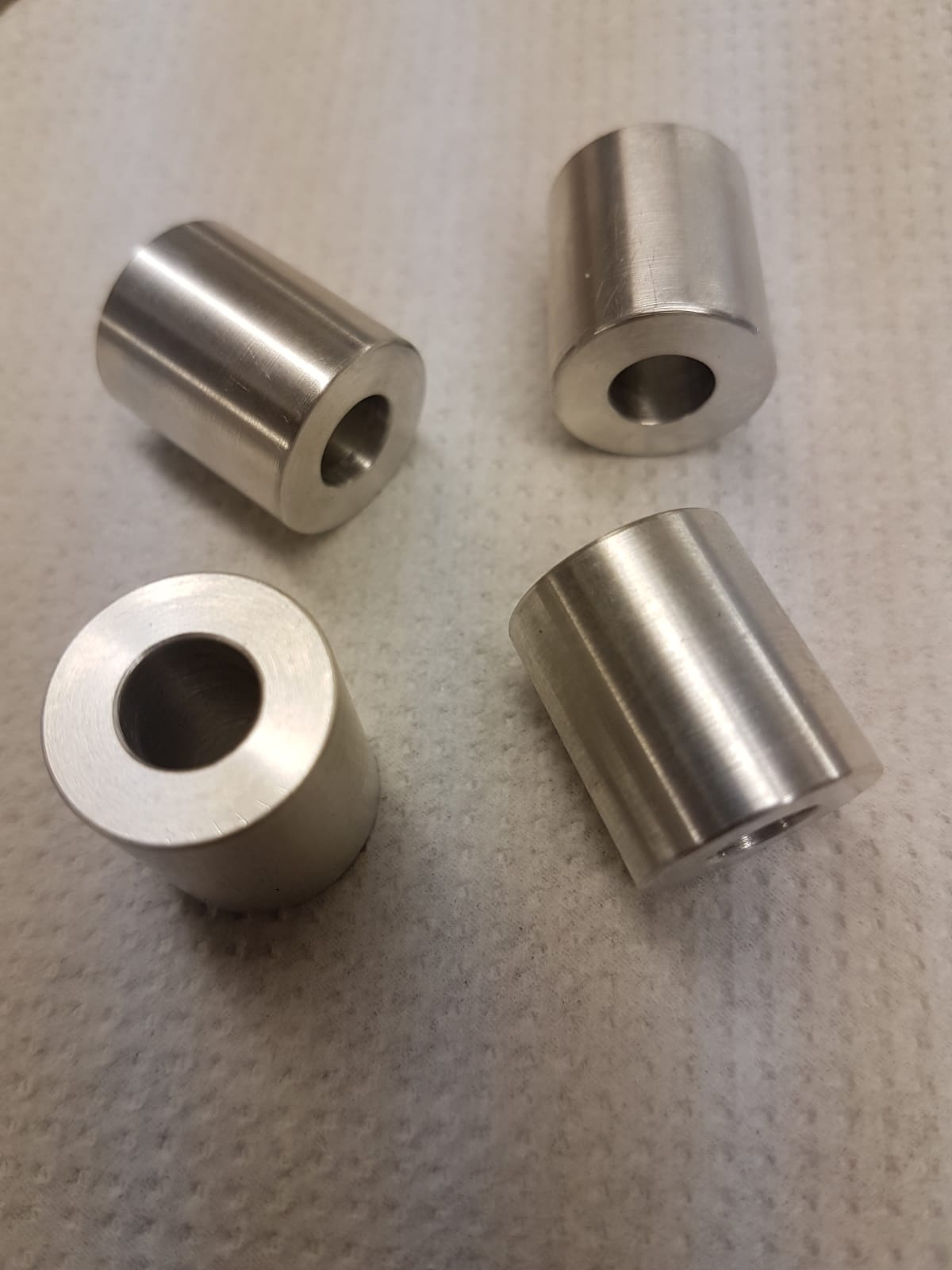 Despite there being a number of spacers provided it was not possible to get the pedal positions in the right location (2mm between pedal and carrier) without having new ones made by my brother in law (he has a Steam railway modeller’s workshop). Aluminium spacers with M8 hole 20mm long for the brake cylinders.

After assembly, it all looks good and the pedal/pedal -carrier distance is more like 3mm but the spaces are even. I have not even attempted the full adjustment of the bias bar and have set it to be parallel with the frame. (I may drill and wire the lock nuts on the bias bar, there is an IVA requirement not to be adjustable, despite there is a kit for just that… do not believe the online crap about welding, it only has to be properly immobilised so it will not be adjusted once known to be correct.) 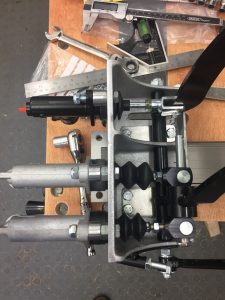 All mounted, waiting for fitting. I may try and have a special nut made up to fit nicely against the swivel pins and then consider the lock nut process.

REMEMBER YOUR PHYSICS TOP TIP! (I was momentarily bamboozled).

When you push a brake or clutch pedal you are creating a simple force on the pushrod. The force exerted is then translated in the piston to a pressure. If the force is equal on two cylinders then a cylinder of larger diameter creates a smaller pressure as the force is spread over a larger area. So…. we all know that the front brakes should do the most work; the vehicle pitches weight more on the front in deceleration so there is more grip to react against the braking force. SO SIMPLY, the smaller diameter piston cylinder is the front brake circuit and it sits on the offside. Do not get confused with the volume of fluid being moved.

Eagle-eyed will notice that the bolt-heads are on the cabin side. This is no good as the flexible hoses may contact the bolt ends.